A study was conducted through the collaboration of various universities in Korea to establish whether daily carrot juice supplementation to smokers would protect against DNA damage. What happens with DNA damage, is that a change in the chemical structure of DNA results. More specifically in this study, the researchers looked at the protection against lymphocyte DNA damage. A lymphocyte is a type of white blood cell. Our white blood cells help protect the body in fighting diseases and infections.

More recent developments in research are to conduct studies to examine the effect of the use of antioxidant foods as well as functional health foods for the prevention and treatment of different chronic diseases. These foods are reported to possess antioxidant function and accordingly are able to normalise compromised antioxidant systems from the oxidative stress caused by free radicals. Oxidative stress is an imbalance between the production of free radicals and the ability of the body to neutralize their harmful effects through neutralization by the use of antioxidants. When oxidative damage is continually happening, it causes DNA damage in cells and this raises the risk of aging and diseases such as cancer.

Smoking in particular causes free radicals to rise abnormally. This in turn causes that oxidation in the body occurs at a greater level and damage is caused to lipids, proteins as well as cells. The antioxidant nutritional status for smokers is critically important to ensure that enough antioxidant nutrients are consumed to continually neutralize free radicals.

For the research study, a total of 48 smokers were split into three test groups. Group one was supplemented with 300ml of carrot juice per day. Group two was provided with 20,49 mg of pure beta-carotene together with 1,2 mg of vitamin C daily. Finally, the third group was provided a placebo, which consisted of lactose. Each group was supplemented for a total of eight weeks.

Before the commencement of the eight week supplementation, the lymphocyte DNA damage in each participant was established. After the eight week supplementation the participants were tested again. The placebo group showed no change in DNA damage whilst the other two groups produced similar results. DNA damage was reduced by 50% or more in participants. Researchers proved that DNA damage was significantly reduced in the group that consumed the carrot juice, which contains beta carotene and vitamin C. They concluded that the consumption of antioxidant foods as well as functional health foods for the prevention and treatment of different chronic diseases can be validated. 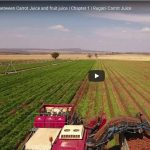 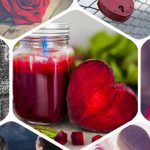 Why you should drink Beetroot Juice.Carrot Juice