Artificial colourants and your health

By Melissa Lainn, an Integrative Nutrition, Health and Wellness Coach

As humans, our brains are wired to ‘spot’ brightly coloured food. In our hunter-gatherer age, our survival depended on spotting the berries or fruit that were in season, even in the thickest forests, and also which foods were safe to eat. Some studies even suggest that our brains can ‘gage’ a food’s calorie content by colour alone.

Food companies know this and have not only added food dyes to their products to enhance the colour but also to use consumers’ natural instincts to be enticed by the bright colours.

So, what’s the big deal if the products you buy contain a little something to brighten up the colour to make it look more appealing to eat?

Now, granted, if you eat a few red M&M’s once in a blue moon, you likely have nothing to worry about.

But here’s the problem with artificial food colouring…

It might seem obvious that red M&M’s contain it. However, there are lots of foods as well as medicines that contain artificial colourants too and oftentimes, you wouldn’t realise it unless you diligently read the ingredient label. Artificial dyes are everywhere, they’re found in such items as flavoured yoghurt, salad dressings, fruit juices and some processed meats.

The three most widely used and most researched culprits – Yellow 5, Yellow 6 and Red 40 – they constitute over 90 percent of food dye production and consumption. So, these are really the ones with most conclusive evidence and the health risks are similar for most artificial dyes.

Start reading the ingredients labels of food and especially look out for the following:

It’s to hyperactivity in children. Controversial research suggests this dye can accelerate the appearance of tumors. It has also been linked to learning impairment, irritability and aggressiveness. Red 40 has no nutritional benefits and is only used cosmetically to improve the appearance of food.

Artificial yellow dyes are derived from petroleum as well.

They have been linked to several health issues, including allergies and hyperactivity in children. These dyes are contaminated with carcinogens, such as benzidine and 4-aminobiphenyl. They also have no nutritional benefits and are only used cosmetically to improve the appearance of food.

Children especially are being bombarded with artificial colours at every turn and it could still be easy to spot the brightly coloured sweets or cereal, but simple things that often end up in their mouths like playdough, are also something to consider.

So, start with something simple like checking your food labels for the above-mentioned products and if you have young children gift them with some home-made playdough instead. It’s not about doing big things once in a while, most of the time the small steps you take towards a healthier life make the biggest difference. 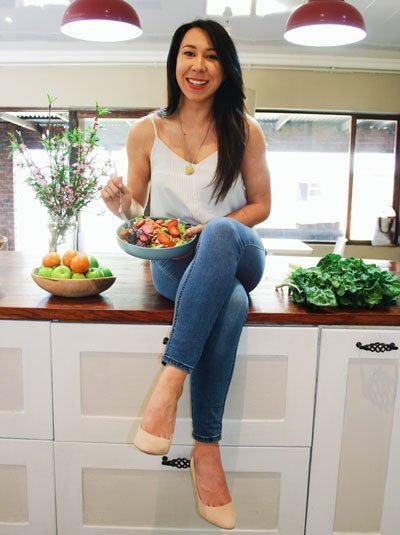 Melissa Lainn is an Integrative Nutrition Health and Wellness Coach, certified Meditation Practitioner, certified NLP Practitioner and the host of The LifeKraft Podcast. She is passionate about helping people ditch diets, transform their health holistically and find the freedom with food, the energy in their bodies and vitality in their minds that they’ve always wanted. 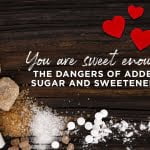 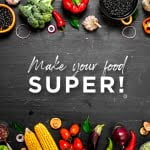