Visionary farming –Together… Farming for the Future

In 1995 Greenway Farms was on the verge of bankruptcy. Greenway Farms were paying 30% of our turnover to wages and therefore were running at a loss. Workers were only earning R31 per day. It was a lose-lose situation and there was something wrong.

“We were planting 25 different lines of vegetables and doing everything by hand. We hadn’t found our niche. We had no capital, paid low wages, and worked like hell,” recalls Vito.

“We realised we needed to make a drastic change. But when we looked around us, we saw that our neighbours were in much the same position.”

There are hundreds of farmers around the world that are farming and can survive and still pay a decent wage. Vito and Vincent found such a farm in Australia, so the pair scraped together the airfare and went to Australia for a month to seek inspiration and mentorship.

They found it in spades, returning to SA with a fresh vision of farming for the future.

Vito and Vincent soon saw that, compared with their peers Down Under, South African farmers had very different attitudes towards ‘cheap’ labour and were suspicious of mechanisation and specialisation.

“We believed in the myth of cheap labour and that the more crops you planted, the more you spread your risk. It is thought that low wages to produce affordable food is the answer to successful farming, this is a myth. Within two weeks, we saw how wrong our thinking had been and we made a serious paradigm shift,” explains Vito. The real answer is to marry man and machine – you get affordable food, productive people, and high wages.

“We realised we simply could not farm the way our parents had done. It was just not viable and we were working like dogs with nothing to show for it.”

“In Australia, we quickly realised that SA was 100 years behind“, says Vito. To improve wages and productivity in the agricultural sector, farming techniques from 100 years ago should be discontinued. Farmers should embrace modern agricultural technologies.

As quoted from the Financial Mail magazine dated 20 January 2012, Vito Rugani states: “There is also a failure to understand farming efficiency. I don’t make money from carrots, I make money from efficiency, on the farm, and in the packhouse”.

I realised we had to find a way to create an ergonomic balance between man and machine to get productivity up to decent levels. It’s not about replacing labour with machines. It’s about making people more productive.

Mechanising your business and implementing new machinery does not make people lose their jobs and add to unemployment. It simply makes labour more productive. We call the process “marrying man and machine”, this is where we train our labour force to use machinery and in return, we get the best possible productivity from a worker. The term for this concept is ergonomics, the study of efficiency in working environments.

“We realised we needed to specialise,” says Vito. “We had to get so good at our game if we really wanted success.”

On their return from Australia, the partners raised capital by selling off 40% of their farm to a silent partner (repurchased 5 years later) and started investing in mechanisation, specialisation, training, and productivity. In 2000 they narrowed their focus down to carrots.

The big breakthrough came when Greenway Farms revolutionised the SA carrot business by introducing a solution called hydro-cooling that extended the shelf life of carrots from a few days to four weeks.

So slick is Greenway’s harvesting and processing operation that a carrot can be picked, washed, packed, and chilled to 2°C within an hour. And such has been the success of the Greenway operation that they now farm at multiple locations to ensure 365 days a year production.

We are long-term focused and therefore legacy driven. We see ourselves as stewards of a legacy and not owners of a farm. This is rooted in the firm belief that ultimately our provision comes from God and all belongs to him.

Each generation must strive to enhance the legacy of the next generation – it does not belong to anyone; it belongs to the future. It is the vision of stewardship that empowers us to take a long-term view of our enterprise.

In today’s world of instant gratification, many are disillusioned by the slow returns received from agriculture. There is no such thing as a “quick buck” in farming and we are continuously planning for the long term.

Greenway Farms believes in people. People are the life of any business and we value the relationships we have built up with our staff and the customer. We believe in edifying people and empowering them to move forward, be it their skill level or the confidence they need in themselves.

The vast majority of our staff have been with us for many years. At the age of 23, Vito Rugani traveled to the Transkei to source employees, since then Greenway Farms have developed a particularly close relationship with the Xhosa staff. Over the last 30 years, this relationship has borne many rewards for all.

The legacy is now entering its second generation. The founders already have eight children committed to the legacy. They have equipped themselves with various skills such as computer programming, chartered accounting, marketing and sales, financial management, engineering, agronomy, and ergonomics. The farming of tomorrow is a highly complex and demanding world, but as stewards, they will rise to the occasion and meet the challenge.

Many customers did business with our fathers and grandfathers, and that is the essence of a life in fresh produce…the legacy lasts a long time. 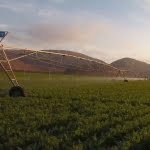